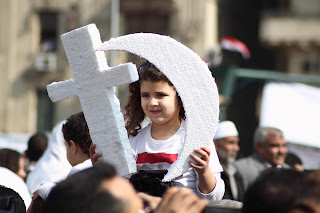 Like an earthquake deep below the earth’s mantle, the November overthrow of Tunisian dictator, Zine el-Abidine Ben Ali, sparked a chain of hope and chaos throughout North African and the Middle East. That the long-standing leader of a country, thought by westerners to be fairly stable, could be ousted by the sheer force of will of the people, came as a shock to the rest of the world. The Tunisian Revolution flung a Tsunami of hope to other beleaguered citizens in the region, igniting a revolution in Egypt and sparking flames of discontent in Iran, Iraq, Libya, Saudi Arabia, Algeria, Jordan, Yemen, Bahrain, Syria and Sudan. This appears to be the year of revolution, or will it be the decade of revolution? How far will it spread, how long will it continue, how bloody, dangerous, and outright nasty will it become? How far will the storms of revolution spread? And, most important to western observers, how will these eruptions affect the rest of the world? These are questions without answers, questions which will only be answered in time. Our historic role as leader/bully of the world has lead us to believe that we can shape global politics to suit our needs, but that is as fallacious and arrogant as thinking that we can shape the forces of nature.

Revolution is altering the world at lightning speed. It seems like just yesterday that I sat in front of my TV and computer screens, transfixed by the roller coaster events in Egypt. When Mubarak finally saw the light and abdicated his “presidency,” the joy on the streets of Cairo bounced across the world. The joy on the faces of the everyday people of Egypt was palpable.

The military stepped up to support the people and the impossible was accomplished. Freedom!
In Libya today, Gaddafi arrogantly claimed that Osama bin Laden is responsible for the unrest in his country. This has to top all the ludicrous excuses the man with the virgin bodyguards could come up with. Yesterday, Gaddafi’s son asserted that, “Life is normal here.”

Old-school rhetoric no longer works in the face of today’s technologically driven uprisings. I almost pity Gaddafi’s isolation. He does not grasp that while he rambles ad nauseam to the official media about his nice country and his courts of law, a network of real people using cell- and satellite-phone cameras, Youtube, Twitter and Facebook is spreading Technicolor pictures of reality to the rest of the world. Even when a dictator blocks access to the foreign press, rebels are savvy about technology. A grassroots uprising can now shout its complaints to the world using every-day, feet-on-the-ground images to support their claims. Some say that in Libya, the revolution has brought torture out of dark, secret dungeons and into the streets where the world can observe uncensored and graphic footage.

Like volcanic ash clouds drifting across the continent, the smell of freedom is in the air. Revolution is transforming young people’s pent up anger into hope and action. Education and social media are lifting the veil of religious and dictatorial mind control. “Free, free at last!”

Where newfound freedom will ultimately lead, no one can say. The revolution is only the first step. The great void of power following the fall of a dictator is as unpredictable as the shuddering cone after a seven point eruption. Meanwhile, the western world quivers like Jell-O over the specter of oil interrupted.

My deepest respect and gratitude to Mohab Mostafa, of Egypt, for the use of his personal images that accompany this post. More of Mr. Mostafa’s work can be seen at: http://www.flickr.com/photos/46564612@N03/

4 thoughts on “Revolution in the air”