The Big Jack’s Wilderness area encompasses over 52,000 acres of the remote Owyhee Desert, part of the west’s vast Basin and Range. Vegetation consists mostly of bunch grasses and sagebrush. A few remote ruins record hard lives eked out by early settlers to the area. 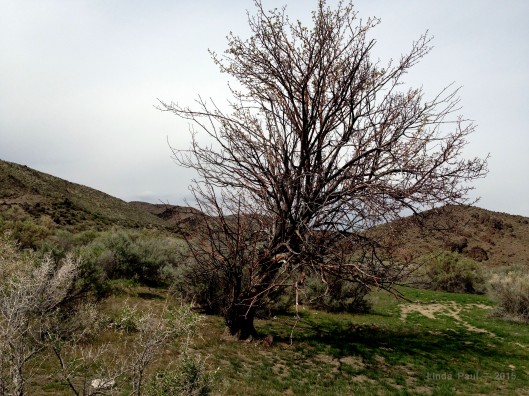 The skeleton of this apple tree marks the stone ruins of the Al Sade homestead.

I found the Al Sade name in BLM documents, but could find no personal history. The red rock was carefully cut and hauled from a red hill about half a mile away from this site. How many back breaking trips did that require? Who lived here? How many children were born or died here? What stories do this rocks hold dear?

The area is named for the Big Jack’s River that sometimes runs through it and drains into the larger Bruneau River, then ultimately into the Snake River. I visited this area during the first week in April of a record dry year. We walked about four miles up the dry river bed before finding fresh flowing water which seemed to simply dive underground at its terminus. Poison ivy decorates the river bed. 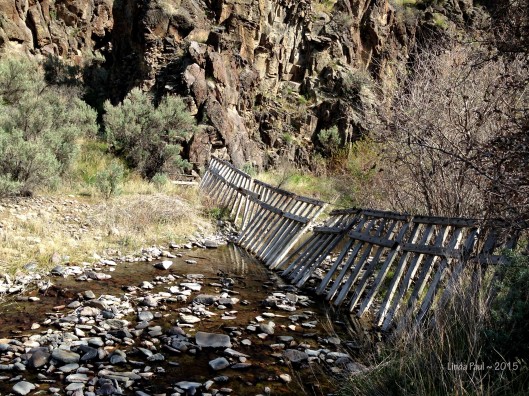 I have no idea what this “fence” is for. It is bolted right into the rock.

Rhyolite and basalt rock walls rise up to 700 feet in some areas.  Twisted, jointed, and whorled rock testify to the horrendous forces of earth’s core. 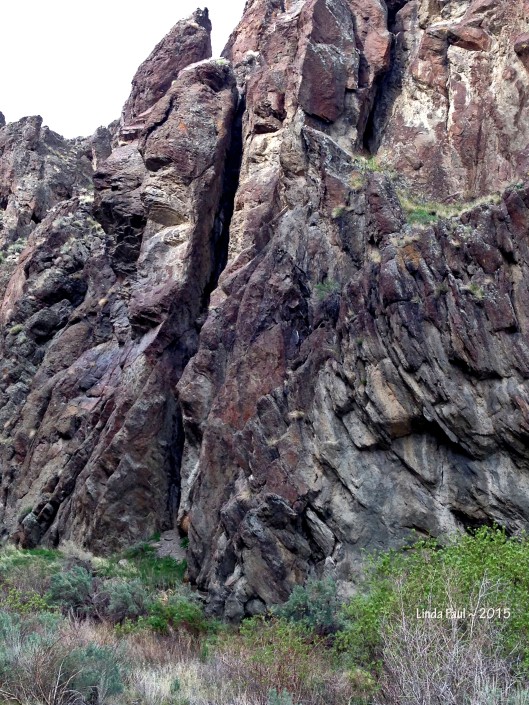 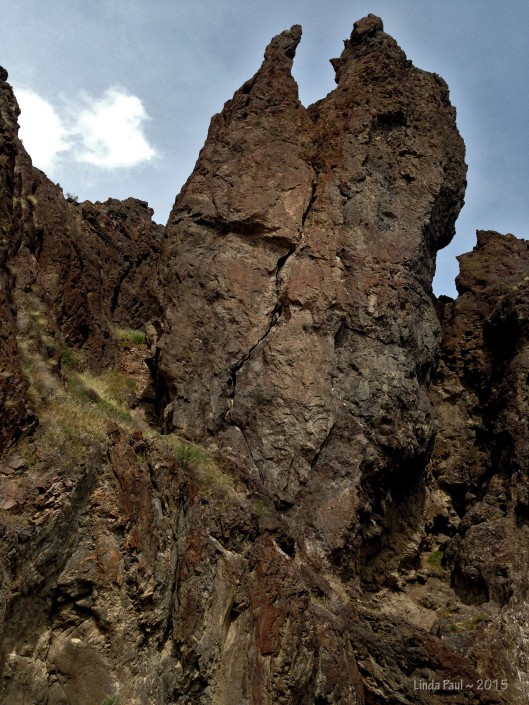 Cracks and caves provide inviting hideouts for animals and perhaps people as well.

A pile of poop just outside the door of this cave says something about its inhabitants.

The inside is littered with picked-clean food scraps.

And if the pile of poop weren’t enough, this limb, perched ominously on a rock in front of the cave veritably shouts a warning.

Happily, I made it out with all my limbs intact. And I learned a few things about my iPhone camera.

18 thoughts on “Coming to terms with my iPhone – Part II”