My Life with an Enigma, national unrest leading to WWII, post-WWI

Continued from Lick me! Really?

Yry had gained weight and her cheeks were rosy. Everyone commented on how wonderful she looked. But her elation at being home was dampened when she discovered that in her absence great plans had been made. One week after returning from Switzerland, Yry and her mother were scheduled to leave Germany for the United States! She tried to recall just where on the big, colorful globe at the school in Arosa, she had seen this country called America. Or was it called the United States? This was as perplexing as the Netherlands, also known as Holland, where the Dutch lived. The massive task of moving the entire household across the Atlantic Ocean usurped her homecoming. Norah was in a tizzy orchestrating packing and preparations. Many wistful goodbyes loomed. They took a train to Darmstadt to say goodbye to Granny and all the aunts, uncles, and cousins whom Yry had come to love. She wrote a letter to Uncle Willy and Aunt Nelly in Holland because there wasn’t time to visit them. Surely the full ramifications of this event failed to sink in. How wrenching would her goodbyes have been if she’d known how many years it would be and what they’d each have to endure before she saw her precious cousins, Hermünke and Lorele again? Or that she would never see dear Uncle Willy, or Granny, or her beloved cousin Verena?

I have often wondered at my grandfather’s prescience in moving his family across the ocean to America in 1924.  Tucking WWI into the past, feelings of hope and harmony surfaced in many parts of the world. Germany, however, struggled with the burdens engendered by the Treaty of Versailles. A lack of foreign investment crumpled the German economy and created factory closures and rampant unemployment. I suspect Herman was uneasy about the emergence of dictators like Mussolini and Lenin. Adolph Hitler had been sponging up support for his National Socialist German Worker’s Party from which the Nazi Party emerged. Acts of violence were common, often led by Brownshirts, precursors to Storm Troopers or Sturm Abteilung, (SA). Social and racial upheaval in the Balkans alarmed Herman because of the mixed ethnicity of his own family. Also, at the end of World War I, Herman’s British visa had been revoked, cutting off his link to his wife’s homeland. Perhaps, his entrepreneurial spirit chafed in a mundane factory management position. Whatever the reason, my grandfather, made the leap while his brother, Willy, remained in Germany. In doing so, Herman may have saved more than his immediate family.

Herman’s transition from employee to private business man is also a mystery. Mother never filled in details about her father’s activities. Her parents probably refrained from discussing business in front of her, and as a child, she probably had little interest. When I probed for details late in her life, she commented quite simply, “My father was frequently away from home. His business trips took him to many exotic places. I rarely knew where he was, but letters would arrive from places like India, Egypt, Italy, and Africa.”

This casual acceptance of a father’s absence may be normal for a period during which everything any unsavory activity or unusual behavior was cloaked in secrecy. An old photo album from 1923 and 24 contains images of a dapper looking man called Fred (Oscar?) Lang in India, sometimes wearing a uniform and sometimes not. I suspect he was a business associate. A man called Walter Weiss also showed up in India and in New York. At times I’ve wondered if there was something else about my grandfather’s absences— some intrigue . . . 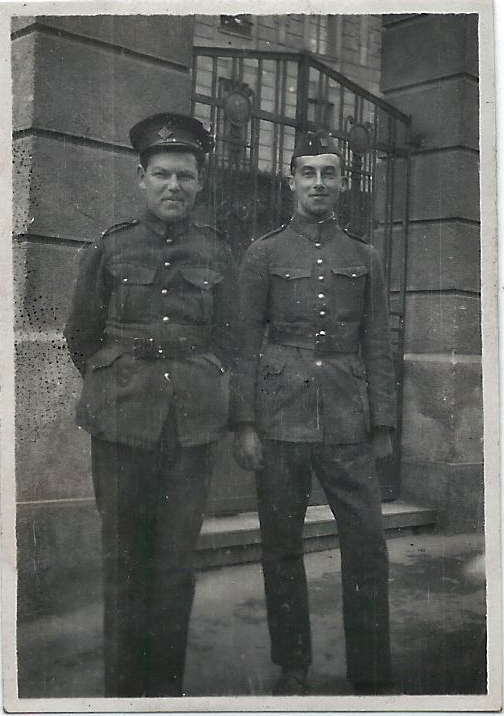 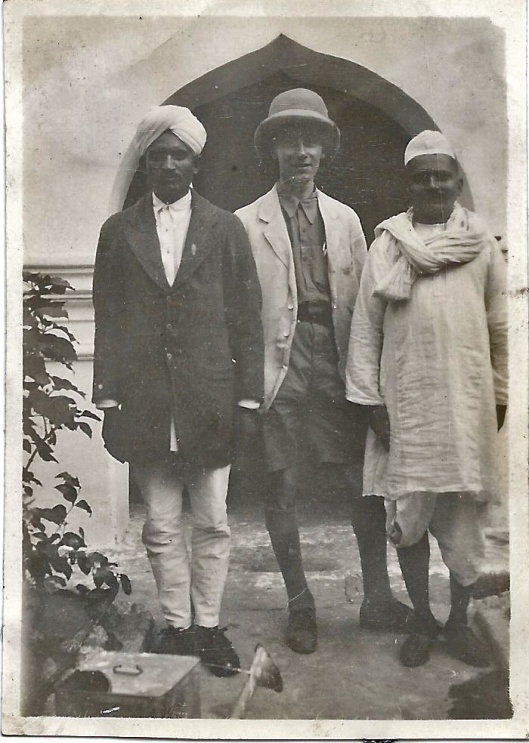