I went downtown this morning. I went to meet and greet a homeless person. I knew I’d find one. Our town is uneasy about panhandlers and threatens to make “unauthorized” panhandling a crime. I guess the specter of a homeless person makes some people feel bad. Perhaps the fear is that helping homeless people might be like fertilizing dandelions—we’ll just sprout more and more of them. Then there’s the notion that the loose change panhandlers collect doesn’t help their situation, it just buys them more drugs or booze. A more recent concern is that we’re just getting snookered. Some of the disheveled figures out there leaning on crutches or wheeling around in wheelchairs really aren’t so decrepit, disabled, or even without a home.
There’s truth to all these concerns. But there are also other truths to the homeless situation. Not all homeless people are narco –alcoholics. Many would leap at a chance to work and earn money rather than suffer the indignity of begging. Some are simply unemployable for any number of reasons.

I went downtown this morning to photograph a homeless person for my recent post. I went with my heart in my throat. Not because I’m afraid of homeless people, but because I am deathly afraid of approaching anyone—let alone a stranger—and asking to point a camera at them. But we never grow if we allow our fears to govern our behavior.

A man sat perched on the side of an alley behind the Interfaith Sanctuary, which

provides overnight shelter and supportive services for men, women, and families with children. He was deeply engrossed in a thick paperback book and seemed unaware of my approach. I apologized for interrupting his reading and asked if we could talk for a few minutes. His blues eyes looked into mine shyly and he said, “sure.”

He goes by the name of Lurch, he told me. He has been living on the streets around here for several years. Before that, he lived in Northern California. He told me the beach there was bitterly cold. But he smiled as he spoke.

He laid aside his book, New York Times best-selling detective novel, With No One as Witness by Elizabeth George, and turned his full attention to me. He graciously put up with my inquisitive questions about his life while I awkwardly fumbled with my camera. He asked if I would email the pictures to him. (I trembled inside, what if he is disappointed, I quivered?) He accesses the Internet every day at the library. He told me that he grew up in the woods and feels most comfortable there. For a while he lived in a cabin deep in the woods. It had no running water or electricity. I thought that sounded like a cool place to live. (Of course, for me it would be a cool place—to vacation) Oh yes, he asserted, his face brightening. “I loved it there.”

After a few minutes another young man ambled up to us, teasing Lurch about his sudden notoriety. “She’s got’cha now! She’s got evidence there in that camera!” Bobby plopped down beside Lurch, grinning but avowing that he’s camera shy. He really shouldn’t be. He’s a good looking young man, and sharp as a whip, from what I could tell. Bobby’s been on the streets for two years.

Bobby joined the Army at 17, following in his family’s footsteps. His dad and grandfather had both served in the military. But he was injured in a 25-foot fall from a helicopter. A cable broke, and as he puts it, “They had to sacrifice either me or the million dollar chopper.” After serving our country for three years, he was no longer of any use to the military. I asked if he is on disability. “I’m not disabled,” he said, “I am perfectly willing and able to work.” He never applied for disability but he does get medical services from the V.A. He seems to hold no animosity over his military experience.

Both men spoke of how impossible it is to shop around a resume when you have so little to put on it. No one wants to hire people with no address, no work record, no certified skills. Bobby is working on obtaining a welding certification. He hopes that will open doors to employment.

Neither of these men displayed any evidence of drug or alcohol abuse. Both men were kind-hearted and engaging to talk with. This post is my effort to honor both of them for their generosity towards me. Bobby remains faceless to you, but not to me. Images of Lurch appears on my previous post as well as on this post.

As I walked back toward my own life, I passed three young people standing at a card table that displayed toiletries and information about Community Health Screening at the Cathedral of the Rockies. They, too, posed enthusiastically for me.
Very few people would live on the streets if other options were available to them. It’s a hard life. It behooves each of us to relinquish our righteous indignation and judgments and look upon the homeless with empathy rather than fear or disgust. 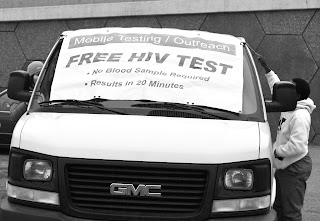 6 thoughts on “Homeless in Boise”